So, our app is live. We’ve dutily extended ApplicationController in all our other controllers, giving us an inheritance tree like this: 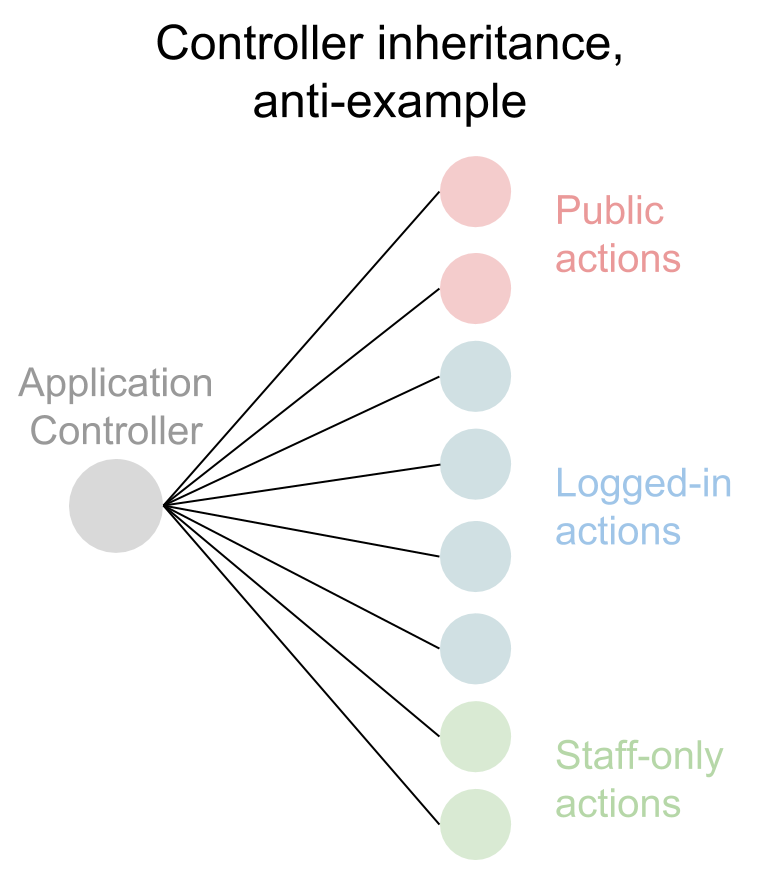 Fortunately, our app is a success and our customers want us to open an API. Let’s use API::BaseController as the superclass of all our API controllers: 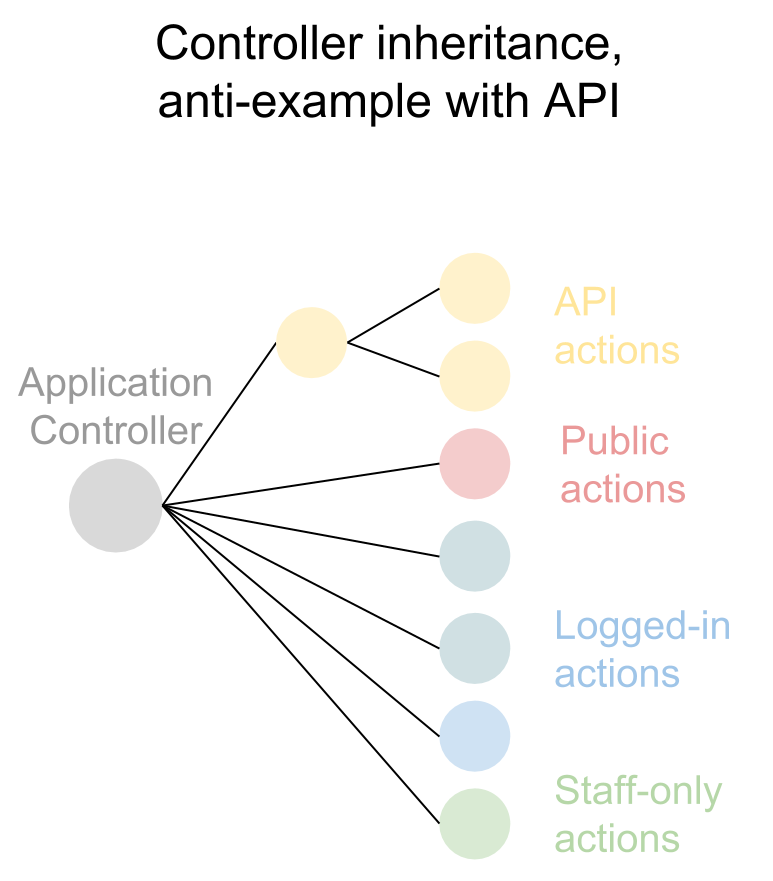 As our user base grows, we need a more robust permissions system. We tighten up restrictions:

Since some actions are public, we skip the restrictions:

Left alone, ApplicationController can bloat for many reasons:

Isolating “Parts” of the App

Returning to the example above, I think this inheritance tree is better: 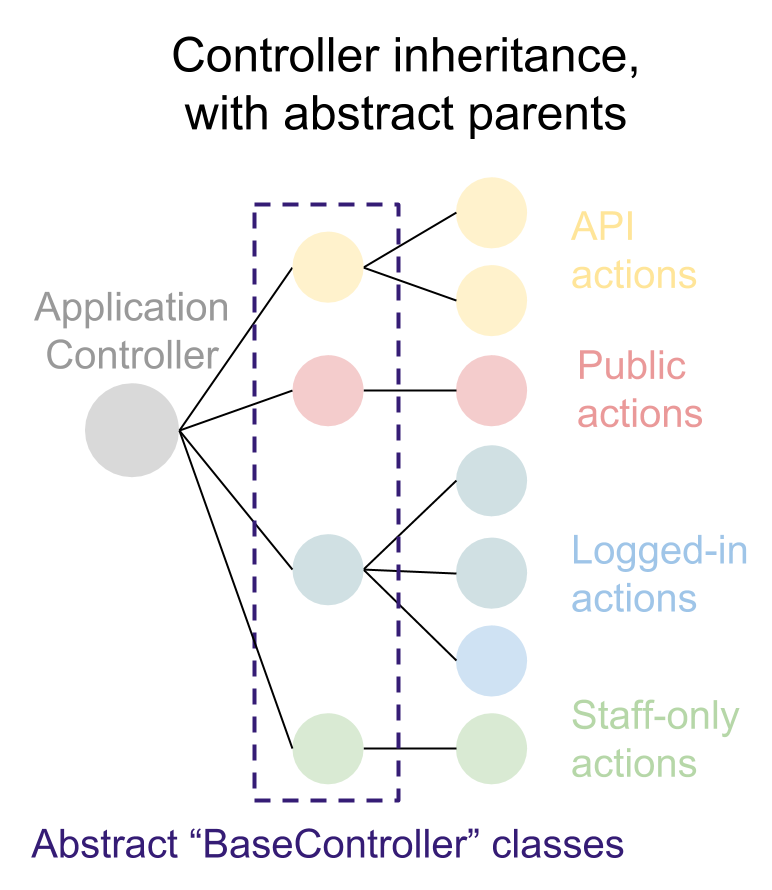 We’ve introduced abstract classes for each “part” of the app. (I use quotes because I don’t know a technical term for it!) Now, logged-in authentication would be handled by a subclass of ApplicationController, perhaps named BaseController. A logged-in controller would extend BaseController. For example:

Similarly, public controllers would be in a namespace of their own, with their own base controller. For example:

This is good because:

(I’ve left some controllers in the root namespace. If you like, you could put logged-in actions in a namespace too!)

When should we extend ApplicationController?

I’d say it’s good to extend ApplicationController for each “part” of the app. It’s a bit subjective, but here are some clues:

I hope a pattern like this will give you more freedom & confidence when refactoring important parts of the request-response cycle!