This May, I had the opportunity to attend Balkan Ruby and present on my work with graphql-ruby.

Here are a few thoughts about the trip.

Balkan Ruby was a big hit. Personally, some of my favorites were:

One of my favorite parts of the conference was the code challenges set up by Receipt Bank, one of the sponsors. 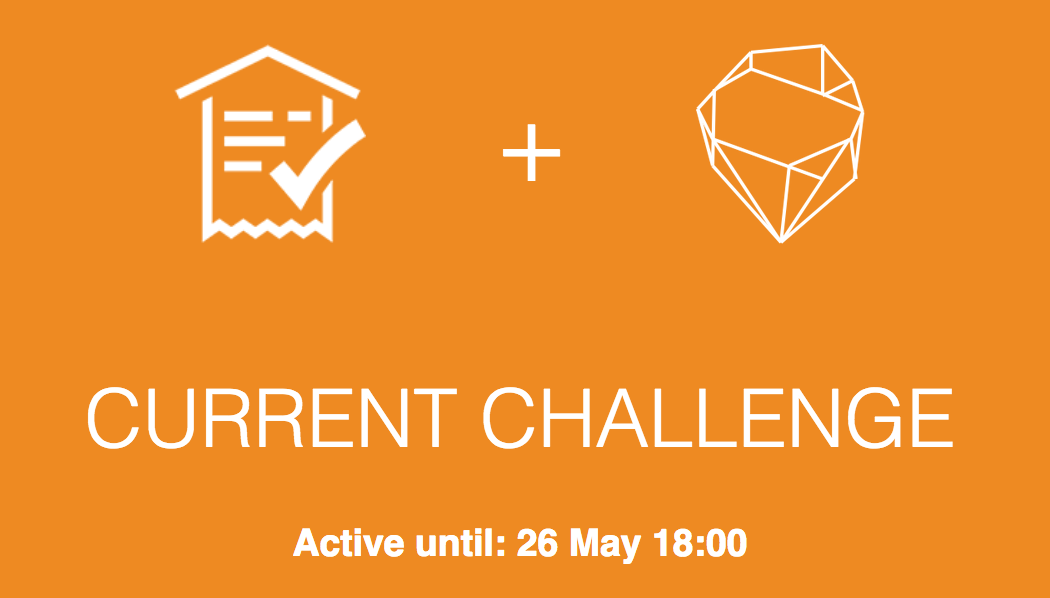 Every few hours, a new, wacky challenge would go live. Although I didn’t do well on them, I enjoyed working with a few new friends on different solutions, and seeing the creative things that other attendees submitted!

Sofia was great. A beautiful city with interesting architecture, tons of trees and tasty food.

The Nevski Cathedral was built in the early 1900s to celebrate Russia’s liberation of Bulgaria from the Ottomans: 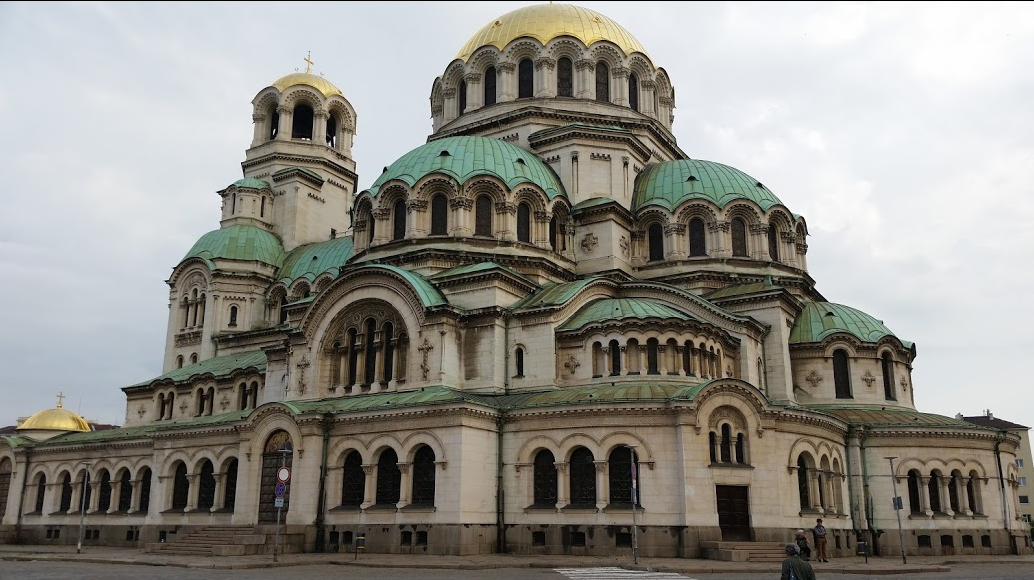 Inside, a mural of Abraham and Isaac: 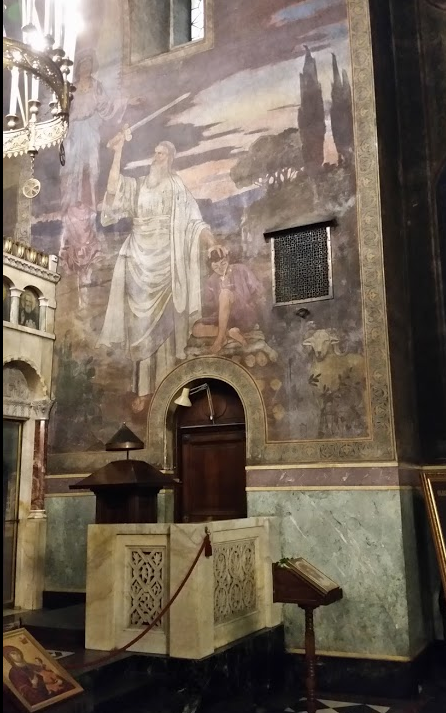 And St. Cyril and St. Methodius, creators of the Cyrillic alphabet, who are quite popular around here: 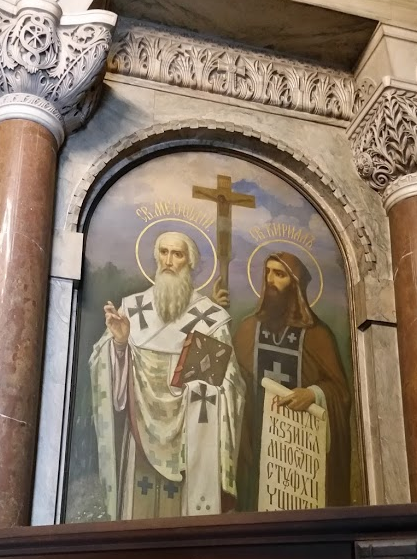 I really enjoyed the different cathedrals. There’s something cool about the different instructive artwork and “sacred” feeling of a beautiful building with incense burning. I wonder if modern American churches could do more to engage all of our senses.

Also, a bit of Soviet history found in a nearby park: 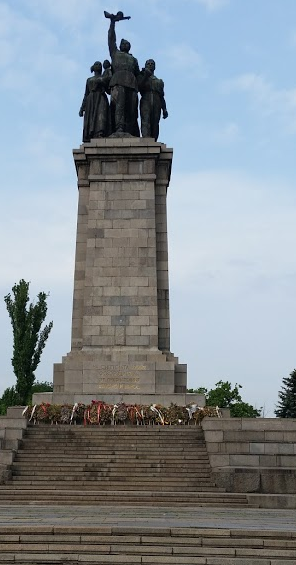 And here, some recently excavated Roman ruins, and the one remaining Turkish mosque downtown: 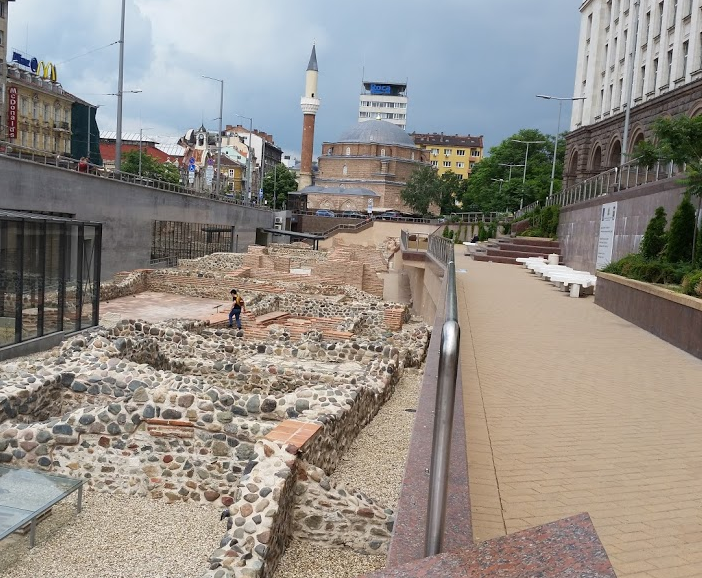 The mosque was right beside ruins of an old bathhouse. Apparently that’s why Sofia was founded here – there were hot springs on the road between Rome and Constantinople, so the Romans set up camp (and called it Serdica).

And a fairly typical meal during my time there, a shopska salad (veggies with cheese, oil, and vinegar):

I can’t say enough good things about the local dairy products. The cheese was soft and fresh and the yogurt was tart and refreshing.

My favorite part about programming conferences is meeting the smart, caring folks who make them possible, and Balkan Ruby was no exception.

The two main organizers, Genadi and Vestimir were fantastic hosts (and experienced, since they got their start with Euruko a few years back). Besides that, I really enjoyed meeting the volunteers and learning a bit about life in Sofia.

One thing that stood out to me was the tradition behind the local liquor, rakia. It turns out that many families make it themselves, despite a law against owning stills. I’ve been reading that peach wine was the traditional alcoholic drink for the earliest European arrivals to my area, so I decided to give it a shot this summer!

A big bonus was when Vestimir played trail guide for our hike up the nearby mountain, Mt. Vitosha. It turned out to be a gray day, but we had a blast anyways.

Some pictures of the trail: 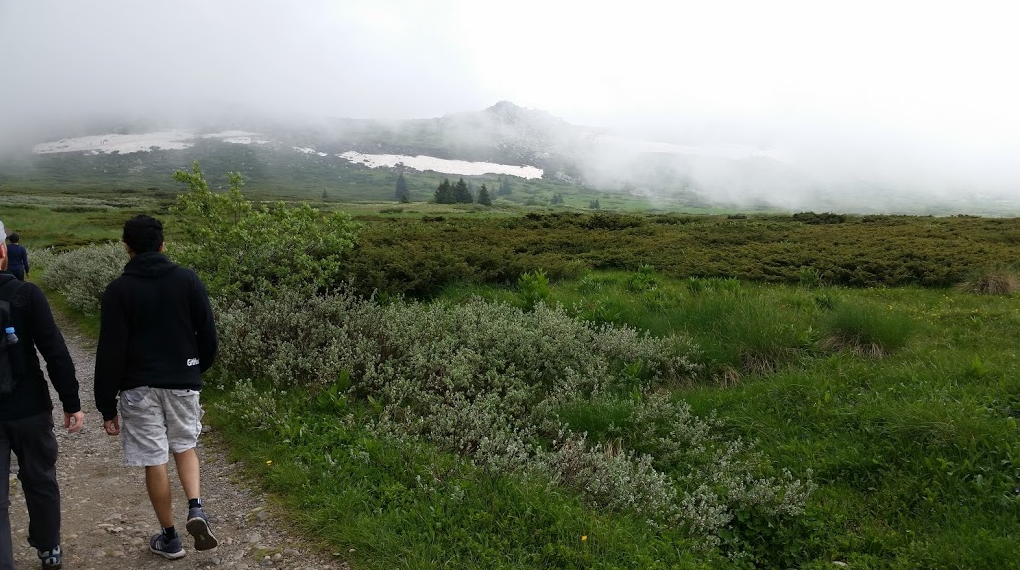 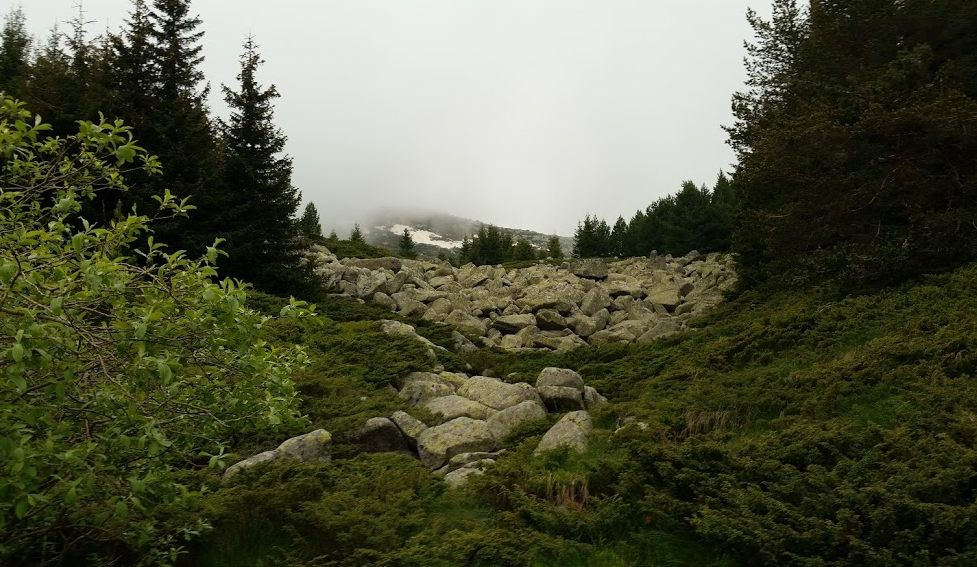 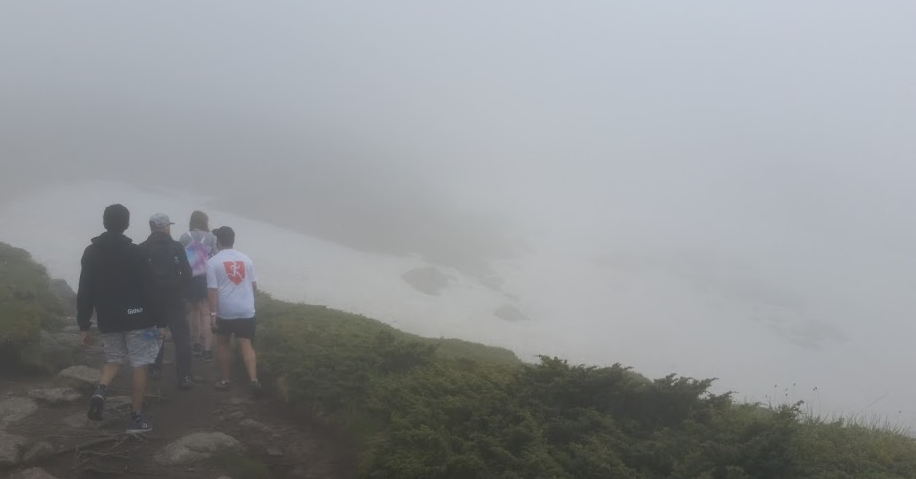 Beautiful! But you could say were were a bit underdressed XD

At the summit, we were happy to find a lodge where some food was served. 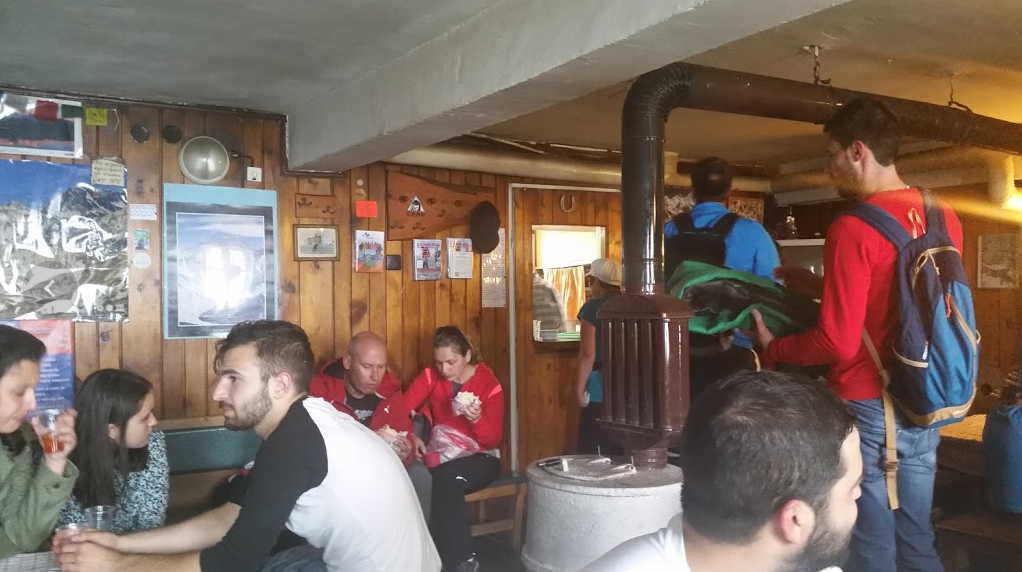 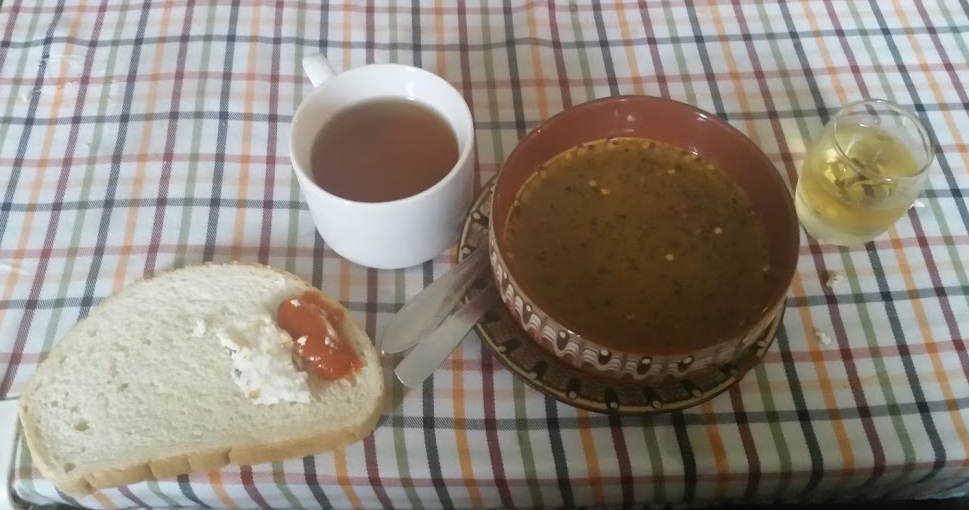 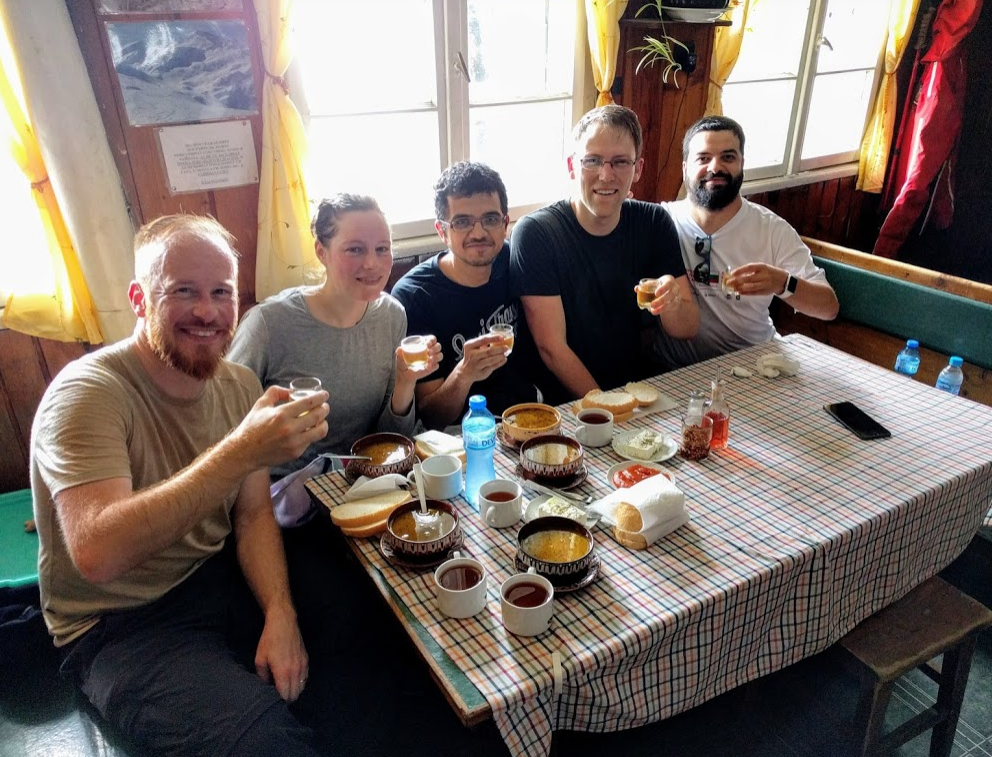 And, pleasantly, we caught a nice view of Sofia on the way back down: 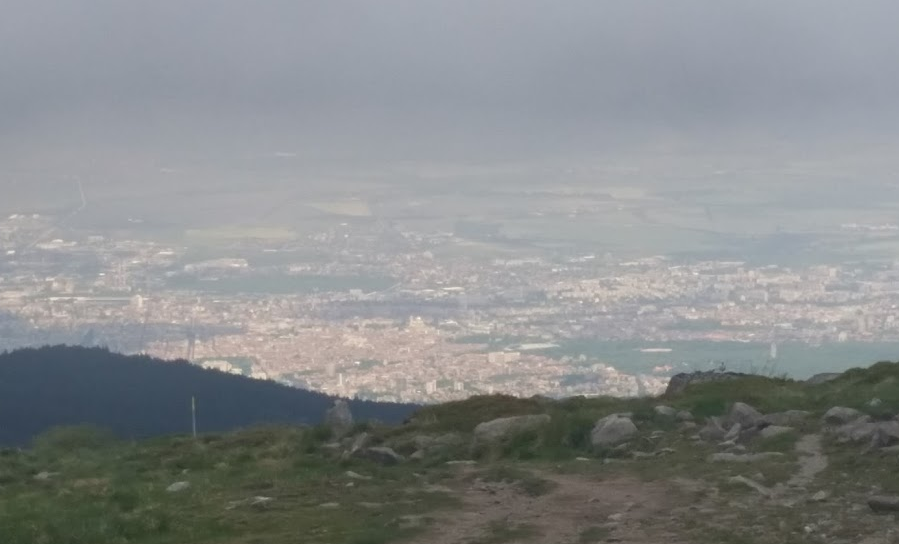 (You can even see the Nevski cathedral if you look closely!)

Balkan Ruby was a big hit on all fronts: great people, great city, great technical content. Especially as a dairy lover, I’ll take the next chance I get to go back! And I loved making some new friends, who I hope to see at future Ruby events.