Valerie and I are on the way from Charlottesville, VA, to Carlsbad, CA. Here’s an update from Austin, TX!

For the week of August 3-10, we were on vacation with the Wilders in Panama City Beach, FL. We had a great week of vacation before starting to head west. There were seven of us all together: Bill and Nicolien (Valerie’s parents, and that’s pronounced “nick-o-LEEN”), John Wilder, Anna Lena Wilder (that’s “AH-nah LAY-nah”) and Moriah Watson (soon to be Moriah Wilder – she’s Tom’s fiancée!):

Our first destination was New Orleans, LA. It was about a 5-hour drive on I-10, running parallel to the Gulf Coast. On the way out, we (oh, “I”) had a very minor fender-bender when traffic suddenly stopped. After assessing the damage, the old man whose car I’d hit gave us a box of donuts and wished us well for our trip: 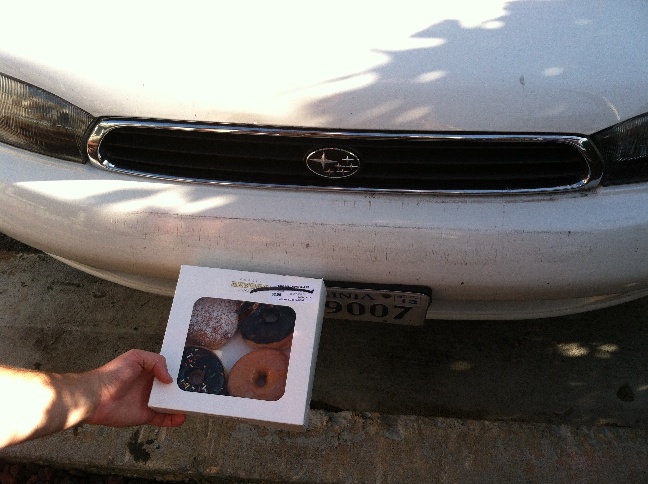 (He was taking leftover baked goods to his church, where they would be redistributed to the needy. He said they always have too much!) 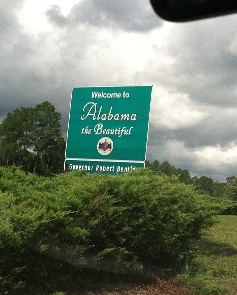 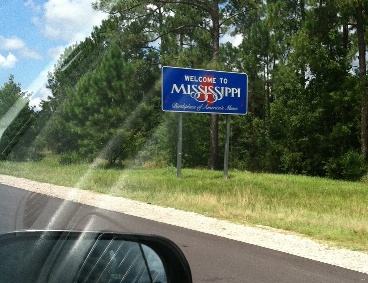 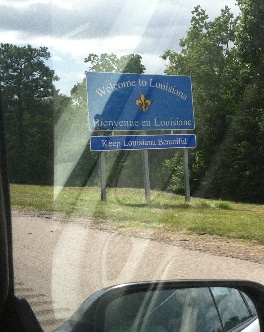 We only briefly strayed from the interstate. We followed clues to some seafood restaurants (thanks, Valerie :) but found, one by one, that they had been closed. We (um, again, that’s the royal “we”) also got lost and ended up at an oil refinery: 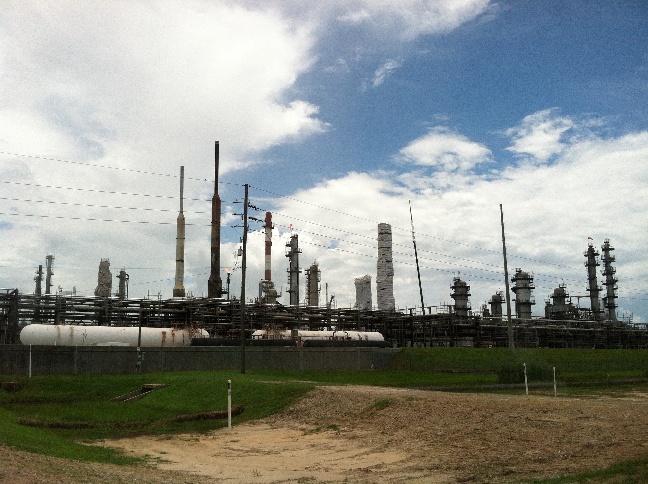 Only three or four blocks after entering the city (in late afternoon), we saw a mid-20s-aged man in a skin-tight, short red dress and red athletic shoes. “Wow,” we said to one another, “I know they say New Orleans is a wild place, but I wasn’t expecting it so early!” As it turned out, there was a charity “run” that day in which male and female participants were encouraged to wear red dresses.

The red dresses reappeared in the evening: the famed Bourbon Street became a red-washed frat party for adults, extending for countless blocks. Young men and women all wore red dresses of varying levels of exposure (not corresponding with gender, for better or for worse). On every block, a shop sold “To-Go Cocktails” which many pedestrians took advantage of. As a result, the street was filled with debris, shouts and a putrid smell.

Interestingly, the streets of the French Quarter are also populated by gift shops which are the New Orleans-themed equivalents of beach crap stores. Each one sold an identical collection of t-shirts, magnets, Mardi Gras beads and other paraphernalia. Many of the items aren’t mentionable here (naturally, I considered buying some for Tom’s bachelor party).

Before departing, we hoped to get coffee and beignets from Cafe du Monde. I’m sure many of you could have predicted what we found: 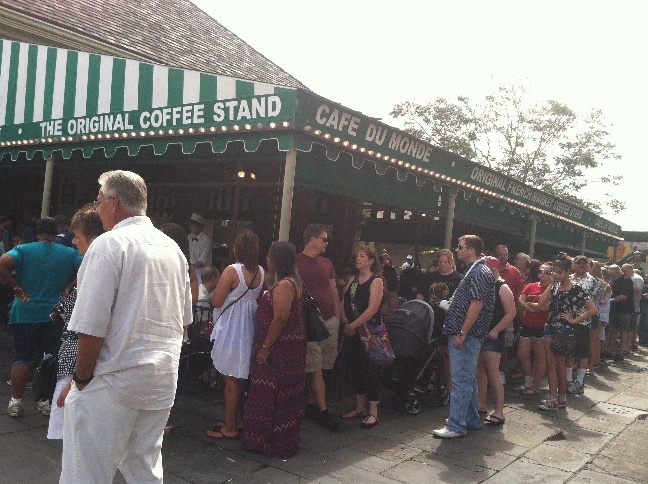 So instead, we got breakfast elsewhere :)

After breakfast, we got back on the road. Actually, before that, we applied Rain-X, which was absolutely amazing: 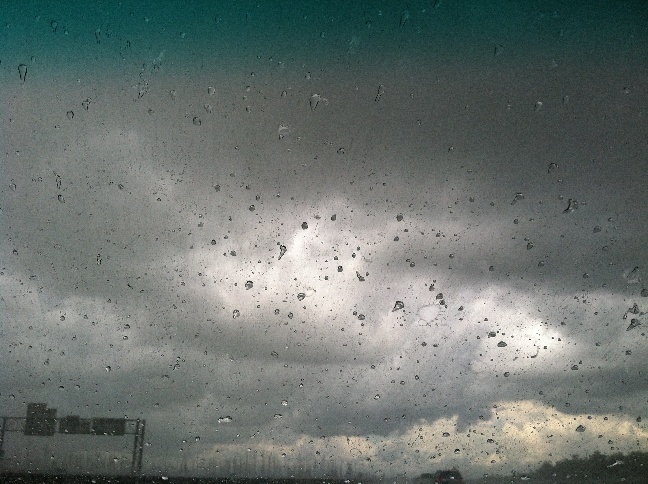 The highway in eastern Louisiana is essentially hundreds of miles of low bridges over swamps, interspersed with periods of dry land. We stopped in central LA for lunch. Valerie kindly searched for a well-reviewed restaurant which served Cajun food. She doesn’t care for seafood, but I enjoyed it a lot. I had crayfish etouffé, which is essentially spicy crafish stew, served over rice. 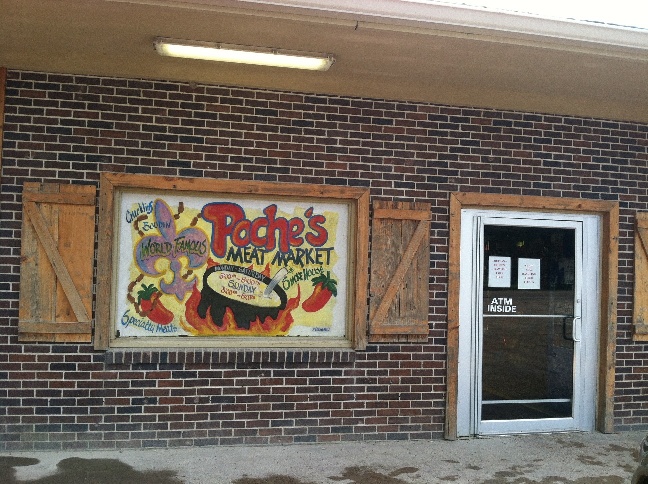 When we entered Texas, we were immediately awakened to the size of the state: the first interstate exit was Exit 880, which means that there are almost 900 miles of I-10 in the state of Texas. Yikes!

The Texas welcome center was probably our favorite so far. It was built on a swamp, but they took advantage of it by creating a wildlife viewing deck: 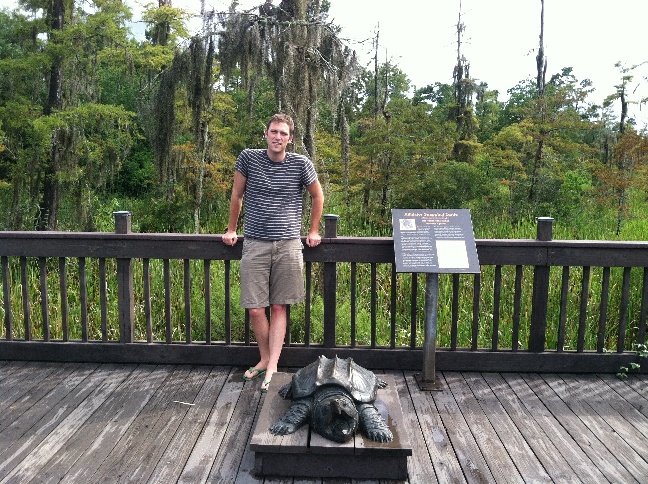 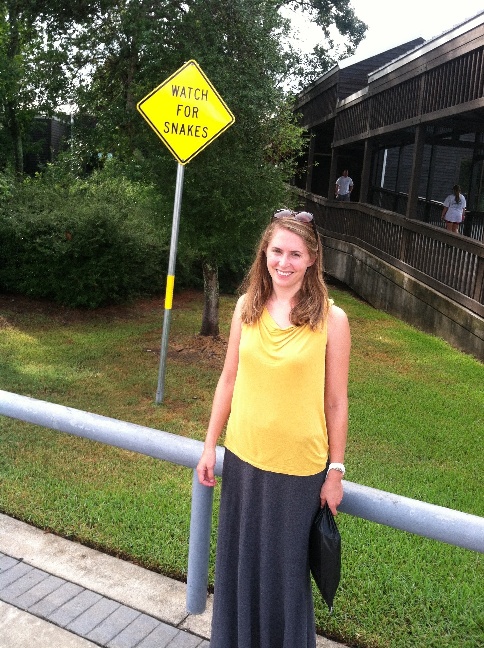 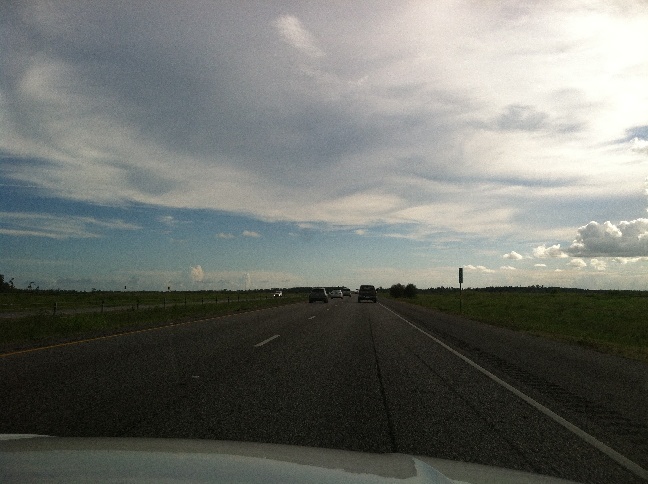 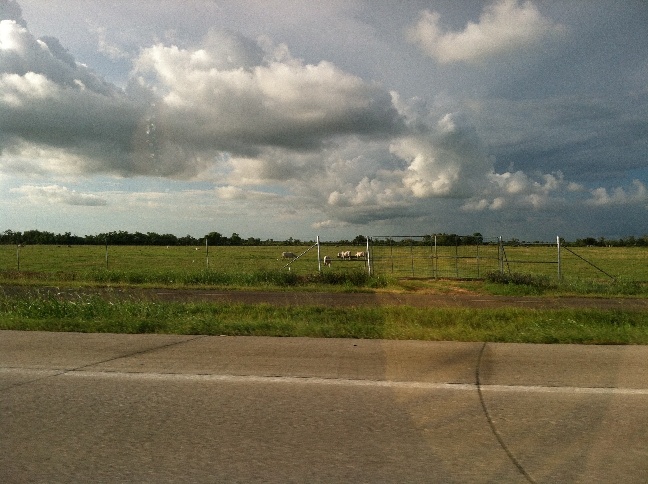 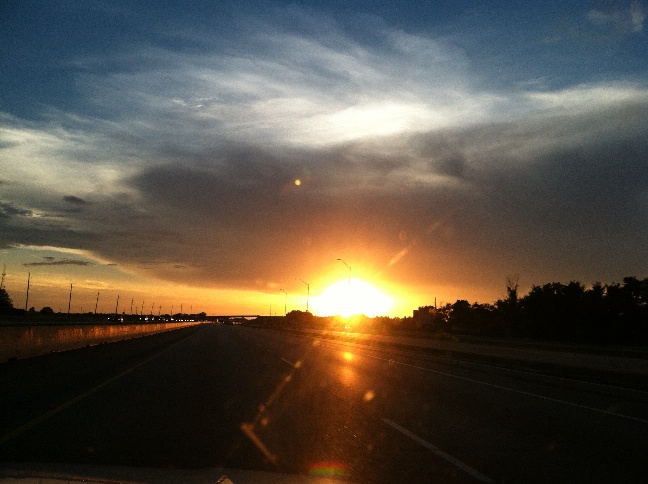 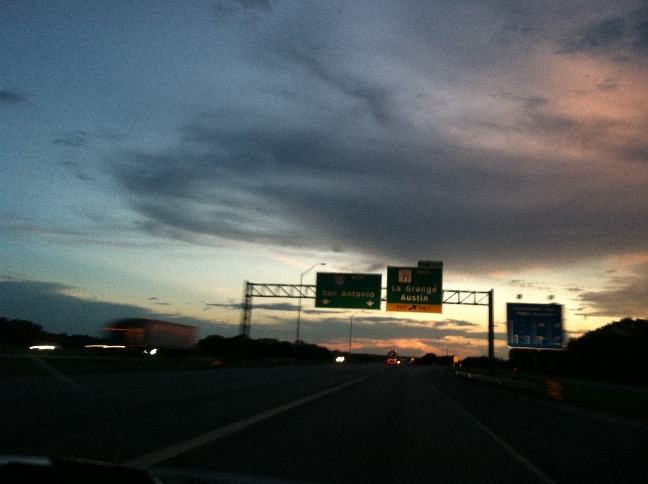 And at last, we checked into our hotel in Austin, TX.

We’re in Austin now, and we’ll let you know how it goes!